La Grave-La Meije belongs to the caste of the great sights in the skiing and mountaineering world.

3 stations, 3 stuning place, one ascent.
La Grave station and the village are the starting places for exploring the high-mountains.

Unlike many mountain villages, in La Grave the wooden chalets are rare. The scarceness of wood and some spectacular fires in the past centuries have discouraged the locals from using wood as a building material. Your visit to La Grave is a visit to the kingdom of stone, .

The houses are built by binding together block of tuff (a volcanic rock) or shale with an earth-based cement. Due to fire concern, the roofs are covered with a double layer of slate or flagstone. The houses are built on the rocks of the mountainside in a cascading terrace formation facing the Meije. The many old narrow side streets create a confusing web between houses and will occasionally sidetrack new visitors.

“Even if La Grave-La Meije now depends off tourism, it has not sold its soul. This is a place that is proud of its authenticity and willing to defend it.” 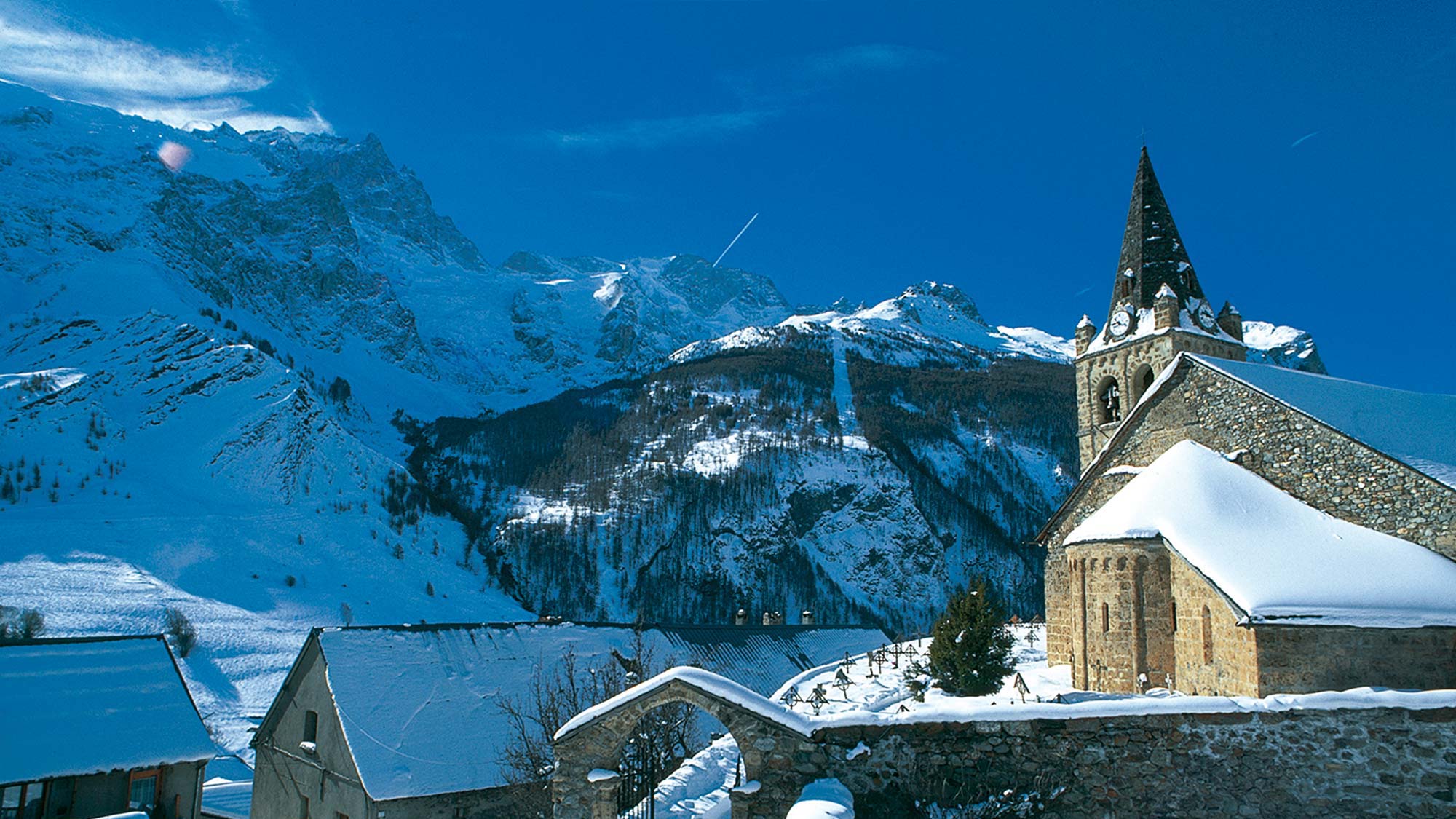 As you look around, you will not find extravagant luxury hotels, but some good and comfortable accommodations. There is no vacation centers, instead there are some family homes and a few “gîtes”. Instead of a spider web of lifts disfiguring the landscape, we have a single tramway and a couple draglifts. Come here to forget the shopping centers and look through our traditional stores.

The valley is populated by year-round residents and doesn’t see the massive tourist migration like the classical ski resorts. The 700 local habitants are composed of countryside folks and of former tourists who have moved here permanently after haven fallen in love with the area.

The area is made up of two official communities :